The harms and dangers of conversion therapy

How would a person feel if they were told their identity can be cured or treated? What impact would it have on a person’s behaviour if they were constantly made to believe that they are abnormal? Naturally, at some point, they will fall trap to this and would want to seek ways to become more acceptable. This is when hocus pocus like the conversion therapy takes its lead.  Conversion therapy (or ‘cure’ therapy or reparative therapy) refers to any form of treatment or psychotherapy which aims to change a person’s sexual orientation or to suppress a person’s gender identity. It is the pseudoscientific practice of trying to change an individual’s sexual orientation from homosexual or bisexual to heterosexual using psychological or spiritual interventions. It is based on an assumption that being lesbian, gay, bi or trans is a mental illness that can be ‘cured’.

So far no reliable evidence has been obtained for any achievable changes in sexual orientation and major medical bodies warn that conversion therapy practices are ineffective and potentially harmful. Nevertheless, we still receive anecdotal reports of people who claim some degree of success in becoming heterosexual. In the past, some mental health professionals resorted to extreme measures such as institutionalization, castration, and electroconvulsive shock therapy to try to stop people from being lesbian, gay, bisexual, or transgender (LGBT). Today, while physical treatments like aversive conditioning are still in use by some counsellors other methods l, the techniques most commonly used include a variety of behavioural, cognitive, psychoanalytic, and other practices that try to change or reduce same-sex attraction or alter a person’s gender identity. Though as compared to those in the past,  these contemporary versions of conversion therapy are less shocking and extreme, they are equally devoid of scientific validity and pose serious dangers to patient. Minors become major victims as they are often forced to undergo these procedures by their parents or legal guardians, and thus are at especially high risk of being harmed.

According to a 2009 report of the American Psychological Association, the techniques therapists have used to try to change sexual orientation and gender identity include inducing nausea, vomiting, or paralysis while showing the patient homoerotic images; providing electric shocks; having the individual snap an elastic band around the wrist when aroused by same-sex erotic images or thoughts; using shame to create aversion to same-sex attractions; orgasmic reconditioning; and satiation therapy. In addition to this there are other techniques which try to make patients’ behaviour more stereotypically feminine or masculine, teaching heterosexual dating skills, using hypnosis to try to redirect desires and arousal, and other techniques—all based on the scientifically discredited premise that being LGBT is a defect or disorder.

Conversion therapy has known to be extremely dangerous and, in some cases, fatal. In 2009, the APA issued a report concluding that the reported risks of the practices include: depression, guilt, helplessness, hopelessness, shame, social withdrawal, suicidality, substance abuse, stress, disappointment, self-blame, decreased self-esteem and authenticity to others, increased self-hatred, hostility and blame toward parents, feelings of anger and betrayal, loss of friends and potential romantic partners, problems in sexual and emotional intimacy, sexual dysfunction, high-risk sexual behaviors, a feeling of being dehumanized and untrue to self, a loss of faith, and a sense of having wasted time and resources.

The risks are even greater for youth. Health risks for minors who experience family rejection based on their sexual orientation or gender identity have always been an issue of concern. Research shows that members of the young LGB population who suffered higher levels of family rejection during adolescence, were more than eight times more prone to attempted suicide and more than five times more prone to depression. They are also more likely to use illegal drugs, and to having engaged in unprotected sexual intercourse compared with peers from more accepting families.

Major nation’s leading professional medical and mental health associations have rejected conversion therapy as unnecessary, ineffective, and dangerous. Cauntion has been called that the practices do not work and have warned patients that they may be harmful. Parents, guardians, young people, and their families should avoid sexual orientation change efforts that portray homosexuality as a mental illness or developmental disorder. Instead, they should seek psychotherapy, social support, and educational services that provide accurate information on sexual orientation and sexuality, increase family and school support, and reduce rejection of sexual minority youth. Conversion therapy is an extreme evil of an unaccepting society and should be removed with immediate attention.

Aware does not subscribe to the evils of conversion therapy and strongly condemns it. 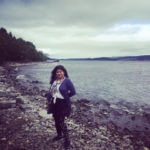 Understanding sexual orientation
Prejudice faced by the LGBTQ community
Cisgender – the new buzzword
Coming out as gay, lesbian or bisexual – why this is important

• Understanding sexual orientation
• Prejudice faced by the LGBTQ community
• Cisgender- the new buzzword
• Coming out as gay, lesbian or bisexual – why this is important

Call at +91 86603 88394 and we can set up your free consultation.
If you would like to schedule an appointment instead, please click here:
BOOK AN APPOINTMENT
Close Menu